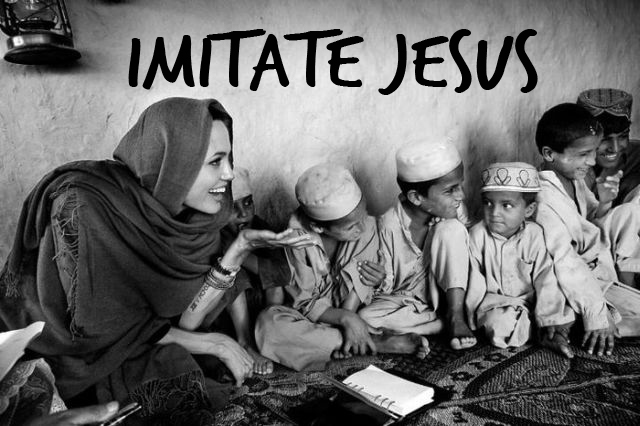 In an effort to help you prepare for the October 1, 2017, Sunday morning corporate worship gathering and to aid you in your own reflections on the Epistle of 1st John. I wanted to pose a few questions and provide a few resources to prayerfully consider over the coming days. Our sermon is entitled, “The Imitation of Christ”. The main Scripture for the day is 1 John 2:1-6. The other passages are either referenced in the message or provide additional insight for reflection.

(Pick and choose from the many resources and options, which I have tried to make available for your devotional life.)

Read and prayerfully reflect upon some or all of these Scriptures. Ask God to shape your life and your church’s life to match the heart of God:

(You can read or listen to all of these passages in a variety of translations at Bible.is)

From the Creeds and Confessions

Because this is such a large section of the catechism I have provided a link directly to all of these questions instead of rewriting them here.

Of the Law of God

I. God gave to Adam a law, as a covenant of works, by which He bound him and all his posterity, to personal, entire, exact, and perpetual obedience, promised life upon the fulfilling, and threatened death upon the breach of it, and endued him with power and ability to keep it.[1]

II. This law, after his fall, continued to be a perfect rule of righteousness; and, as such, was delivered by God upon Mount Sinai, in ten commandments, and written in two tables:[2]the first four commandments containing our duty towards God; and the other six, our duty to man.[3]

III. Besides this law, commonly called moral, God was pleased to give to the people of Israel, as a church under age, ceremonial laws, containing several typical ordinances, partly of worship, prefiguring Christ, His graces, actions, sufferings, and benefits;[4] and partly, holding forth divers instructions of moral duties.[5] All which ceremonial laws are now abrogated, under the New Testament.[6]

IV. To them also, as a body politic, He gave sundry judicial laws, which expired together with the State of that people; not obliging under any now, further than the general equity thereof may require.[7]

V. The moral law does forever bind all, as well justified persons as others, to the obedience thereof;[8] and that, not only in regard of the matter contained in it, but also in respect of the authority of God the Creator, who gave it.[9] Neither does Christ, in the Gospel, any way dissolve, but much strengthen this obligation.[10]

VI. Although true believers be not under the law, as a covenant of works, to be thereby justified, or condemned;[11] yet is it of great use to them, as well as to others; in that, as a rule of life informing them of the will of God, and their duty, it directs and binds them to walk accordingly;[12] discovering also the sinful pollutions of their nature, hearts and lives;[13] so as, examining themselves thereby, they may come to further conviction of, humiliation for, and hatred against sin,[14] together with a clearer sight of the need they have of Christ, and the perfection of His obedience.[15] It is likewise of use to the regenerate, to restrain their corruptions, in that it forbids sin:[16] and the threatenings of it serve to show what even their sins deserve; and what afflictions, in this life, they may expect for them, although freed from the curse thereof threatened in the law.[17] The promises of it, in like manner, show them God’s approbation of obedience,and what blessings they may expect upon the performance thereof:[18] although not as due to them by the law as a covenant of works.[19] So as, a man’s doing good, and refraining from evil, because the law encourages to the one and deters from the other, is no evidence of his being under the law: and not under grace.[20]

VII. Neither are the forementioned uses of the law contrary to the grace of the Gospel, but do sweetly comply with it;[21] the Spirit of Christ subduing and enabling the will of man to do that freely, and cheerfully, which the will of God, revealed in the law, requires to be done.[22]

A. The moral law is the declaration of the will of God to mankind, directing and binding every one to personal, perfect, and perpetual conformity and obedience thereunto, in the frame and disposition of the whole man, soul and body,[399] and in performance of all those duties of holiness and righteousness which he oweth to God and man:[400] promising life upon the fulfilling, and threatening death upon the breach of it.[401]

Q. 97. What special use is there of the moral law to the regenerate?

A. Although they that are regenerate, and believe in Christ, be delivered from the moral law as a covenant of works,[414] so as thereby they are neither justified[415] nor condemned;[416] yet, besides the general uses thereof common to them with all men, it is of special use, to show them how much they are bound to Christ for his fulfilling it, and enduring the curse thereof in their stead, and for their good;[417] and thereby to provoke them to more thankfulness,[418] and to express the same in their greater care to conform themselves thereunto as the rule of their obedience.[419]

From the songs, hymns and spiritual songs of the Church

How deep the Father’s Love for us (Townend): Lyrics, Video

2.     Judge yourself according to these 10 commands.  How are you fulfilling them and how are you not?

3.     According to John, are you a liar about your faith in Christ?  What should be your response?

Disclaimer: Reference to a particular article or website does not constitute endorsement or agreement with everything in that article or on that website.